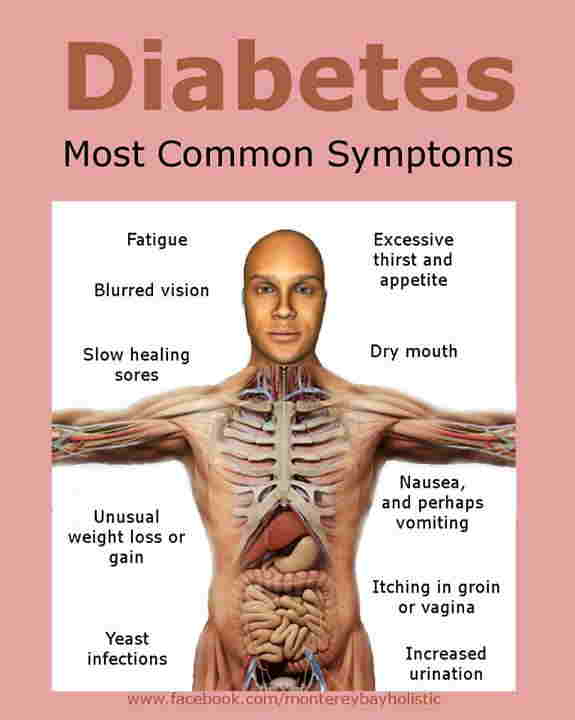 According to the CDC, by 2050 an astounding 1 out of 3 Americans may have diabetes.  Furthermore, CDC statistics show 29.1 million people or 9.3% of the population have diabetes in the United States. This article will summarize ways  to prevent and reverse diabetes type 2 and prediabetes. The tools to accomplish this are in your hands! Through dietary habits and maintaining an appropriate weight, an individual can prevent and even reverse diabetes.

Diabetes mellitus type 2 (DM2) is a condition of abnormal blood sugar metabolism.  The word diabetes comes from greek root meaning "passing through".  The word mellitus comes from the Latin root meaning "honey-sweet".   Diabetes mellitus literally means "passing through" the urine "honey-sweet".  Indeed, in ancient times that is how physicians diagnosed diabetes, namely, by tasting the sweet urine of patients that were very sick.  Over 2000 years ago, this observation was made by Ayurvedic physicians Sushruta and Charaka.  Charaka Samhita, describes a method of diagnosing diabetes mellitus through mere observation alone.  If the urine looked like honey and attracted ants and flies, than one could conclude that there was sugar in the urine according to this astute clinical observation.  These ancient physicians also emphasized that it is better to prevent this disease than to try and treat it.

DM2 is directly related to obesity and insulin resistance.  This happens over long periods of time and over many insults to the pancreas.  DM2 is strongly influenced by genetics since we know that African Americans, Hispanics and Native Americans have a 2 to 6 times greater risk of diabetes than Caucasians in the U.S. (Diabetes Care. 2008 November; 31(11): 2211–2221.)  Furthermore, US Pima Indians are 5 x more likely to have diabetes than Pima Indians in Mexico. However, there is an abundance of evidence that shows through lifestyle, even if you are genetically predisposed for diabetes, you can completely avoid this disease.  By taking simple measures such as weight maintenance through dietary modification, one can avoid the initial stages that lead to DM2, specifically excessive adiposity and insulin resistance.

The definition of insulin resistance is when insulin has reduced ability to import glucose into the cells for energy.  This deficit then leads to increased secretion of insulin from the pancreas.  Insulin resistance is an excellent predictor of DM2 and is closely linked to obesity.  Adipose cells are metabolically active and release hormones such as leptin, adiponectin and tumor necrosis factor alpha that contribute to insulin resistance.  One of the best ways to prevent DM2 is by keeping an optimal weight.  Lets explore why.
According to the CDC, 35.7% of the U.S. population is obese.  A huge risk factor for developing DM2 is obesity. One of the most important dietary interventions one can make to lose weight is avoiding meat.  Chicken consumption is associated with increased weight gain and higher BMI according to a study published in The Journal of Nutrition in 2012. A prospective study that followed a total of 103,455 men and 270,348 women aged 25–70 from 10 European countries showed the following:  Total meat, red meat, chicken, and processed meat intakes were all “positively associated with weight gain after an average of 5 y of follow-up.” Amazingly, the results were statistically significant after adjusting for calorie intake, physical activity, and dietary patterns. (Am J Clin Nutr. 2010 Aug;92(2):398-407.)
If the risk of developing diabetes from obesity was incentive enough to get healthy, here is another reason.  According to the The National Cancer Institute, increasing BMI and fat cells increases one’s risk of cancer by increasing estrogen, insulin, IGF-1, adipokins, oxidative stress, and inflammation.  The cancers associated with obesity are: Esophagus, Pancreas, Colon and Rectum, Breast, Endometrium, Kidney, Thyroid, Gallbladder and possibly others. (Cancer.gov/cancertopics/factsheet/Risk/obesity)
We have known for years that those who follow a plant-based diet have the lowest BMI and the lowest risk of developing DM2.  In a Seventh Day Adventists study of more than 60,000 subjects there were meat eaters, semi-vegetarians, pesco-vegetarians, lacto-ovo vegetarians, and vegans among the participants.  Everyone but the vegans in this study were overweight. (Diabetes Care May 2009 vol. 32no. 5 791-796)   A whole food plant-based diet allows for optimal weight maintenance.
A person with diabetes usually feels normal initially.  Greater than 90% of diabetics have type 2, which is associated with insulin resistance and excessive adipose (fat). Both diabetes type 1 and 2 can present with the classic symptoms of  hyperglycemia (elevated blood sugar).  These symptoms include excessive urination (polyuria), excessive thirst (polydipsia), and excessive hunger (polyphagia).  These patients are said to be “starving in the sea of plenty”.  This is because they can have extremely elevated blood sugar, which is a form of potential energy for the body (sea of plenty), yet they are starving because they have no insulin to bring this energy into the cells.  The body, in starvation mode, breaks down fat and muscle tissue to use ketones for energy. Some may present to their doctors office with vague symptoms of fatigue and not feeling well.  There are simple blood test that can diagnosis DM2 prediabetes.  Please consult with your doctor for further testing if you are concerned or have risk factors.

Let us explore the natural and holistic treatment of diabetes without the use of pharmaceuticals.  The best diet to treat, reverse and prevent diabetes is a whole foods plant-based diet.  It should be organic to avoid pesticides that has been linked to neurologic disease such as Parkinson's Disease. (Eur J Epidemiol. 2011 Jul;26(7):547-55.)  The diet should be plant-based and avoid animal products including eggs.  A recent study published this past May 2013 in the American Journal of Clinical Nutrition shows that daily egg consumption increased DM2 risk. (Am J Clin Nutr 2013 98: 1 146-159) Most know of the association between red meat consumption and cancer, heart disease and strokes but are unaware of the data linking red meat consumption and diabetes.  A 2010 article from the journal Circulation shows that the biggest culprit for heart disease and diabetes is processed meats. It is no wonder that with Americans’ love affair with processed meats such as salami, pepperoni, ham, hotdogs, etc, the incidence of diabetes has skyrocketed.  Also, red meat intake from hamburgers and steaks are associated with increased risk of DM2.  (Diabetologia. 2013 Jan;56(1):47-59.)  The Harvard School of Public Health postulate that sodium, nitrites and iron are also culprits in the pathophysiology of DM2.

The current data shows that plant foods such as fruits and vegetables help prevent diabetes (Diabetes Care. 2012 Jun;35(6):1293-300.)  For example, beans have been shown to not only lower cholesterol and blood pressure but they provide an excellent way to lower blood sugar. (Arch Intern Med. 2012;172(21):1653-1660.)  Furthermore, beans help control satiety and help decrease inflammation. (PLoS One. 2013;8(4):e59985.) The ADA diet was compared to a vegan diet to see which was better at controlling blood sugar.  In this study published in the American Journal of Clinical Nutrition, a low fat vegan diet was superior to the standard ADA diet.  A review of the literature shows that a vegan diet is more effective treatment for DM2 than the conventional medical paradigm of pharmaceuticals. (Nutr Rev. 2009 May;67(5):255-63.)  In a 2013 study “Vegetarian diets and incidence of diabetes in Adventist Health Study-2” there was a direct correlation between meat consumption and diabetes.  This study involved almost 90,000 subjects, and any meat consumption increased the risk of developing diabetes. Vegans had the lowest risk. Neal Barnard, M.D, compared a low-fat vegan diet to a conventional ADA diet in the treatment of DM2 in a randomized, controlled 74 week clinical trial. The low-fat vegan diet was more effective at controlling blood sugar and plasma lipids. (Am J Clin Nutr. 2009 May;89(5):1588S-1596S)  Ironically, the ADA diet is inferior to other diets and the amount of carbohydrate consumed may hold the clues as to why.
Evidence suggest that relative carbohydrate restriction is effective in treating diabetes and helps with weight loss. (Nutrition. 2015 Jan;31(1):1-13 )  A low carbohydrate diet is defined as consuming less than 130 grams of carbohydrates per day or 26% energy from carbohydrates..  However, ADA recommends approximately  185 to 230 grams of carbohydrates per day or approximately 45% energy from carbohydrates.  Eating a whole foods plant-based diet one can effortlessly achieve a moderate-carbohydrate diet: 26%–45%.  A recent study showed that a vegan low-carbohydrate 'Eco-Atkins' diet of about 130gram of carbs per day, was more effective than a standard high-carbohydrate lacto-ovo vegetarian in improving lipids. (BMJ Open. 2014 Feb 5;4(2):e003505.)
Finally, there are some supplements that could be used as adjuncts to a whole foods plant based diet to help with blood sugar metabolism. A meta-analysis from 2013 shows a statistically significant improvement in blood sugar and cholesterol with consumption of cinnamon. (Ann Fam Med. 2013 Sep-Oct;11(5):452-9)  I recommend ceylon cinnamon since it is safe and effective and 1 level teaspoon is adequate for its health promoting benefits. Avoid cassia cinnamon since it may contain high levels of a toxin coumarin that could cause liver damage. Chromium is mineral that is essential for blood sugar metabolism and up to 50% of the population is deficient.  Through the food processing industry this essential trace mineral is stripped from foods. It is found naturally occurring in foods such as onions, tomatoes, potatoes and lettuce, broccoli and grapes. A whole food plant-based diet provides adequate chromium from foods. Also, alpha lipoic acid is a powerful antioxidant found naturally in spinach and broccoli that helps with blood sugar metabolism.  It helps treat and prevent diabetic neuropathy.  Ensure adequate Vitamin D supplementation since a recent study showed a link between low Vitamin D levels and all cause mortality in patients with type 1 diabetes. (Diabetes Care May 2011 vol. 34no. 5 1081-1085) Furthermore, infants and children should supplement with Vitamin D to help prevent type 1 diabetes. (Lancet. 2001 Nov 3;358(9292):1500-3)  Another exciting supplement that should be considered by all diabetics and prediabetics is berberine.  Berberine is comparable to oral diabetic pharmaceuticals in controlling blood sugar and dyslipidemia. (Evid Based Complement Alternat Med. 2012;2012:591654)
A plant-based diet rich in antioxidants, B vitamins, complex carbohydrates, minerals and phytonutrients is the best way to treat or reverse diabetes type 2.  This diet provides the phytonutrients and minerals and vitamins necessary to maintain optimal weight, regulate blood sugar metabolism, prevent and even reverse diabetes mellitus type 2!